The DC Tour made its rounds in Indonesia, Malaysia, and Thailand between September 4 and 15, with four DC Australia Skateboarders and four DC Global BMX riders from the USA on the forefront of the tour. 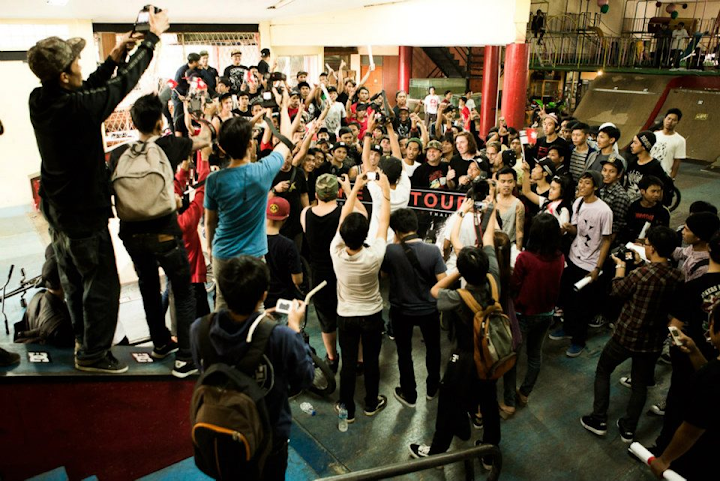 The two-week tour started off on September 4 in Jakarta, Indonesia, and saw the riders visiting key Skate Parks in Jakarta, and Bandung, as well as several street spots which DC Indonesia riders frequently visited, including Senayan Big 5 Stairs, and Taman Proklamasi.

The visit to Buquiet Skate Park in Bandung boasted a particularly strong turn-out with about 500 local riders showing up in full force at the demo and signing session.

Both Skate and BMX support were equally strong in Indonesia. Many local riders have been loyal fans of our Global BMX riders – magazine features and articles from the past were brought to the autograph session for signing, proving that the DC Global BMX team riders’ popularity holds sway in S.E.Asia.

The DC Malaysia crew welcomed the tour group with much gusto on September 7.

All eight athletes visited the DC KLCC store, where over 100 fans turned up to get their posters autographed, as well as to have their photos taken with their favourite riders.

The tour group also paid a visit to Shah Alam Skate Park and Putrajaya Challenge Park, where avid riders gathered to interact with our riders. Freebies like tees, skate decks, and stickers were given out at demo sessions.

The tour ended off in Phuket, Thailand, where it joined force with the Quiksilver Open to make an action-packed mega event along the world-renown Patong beach. 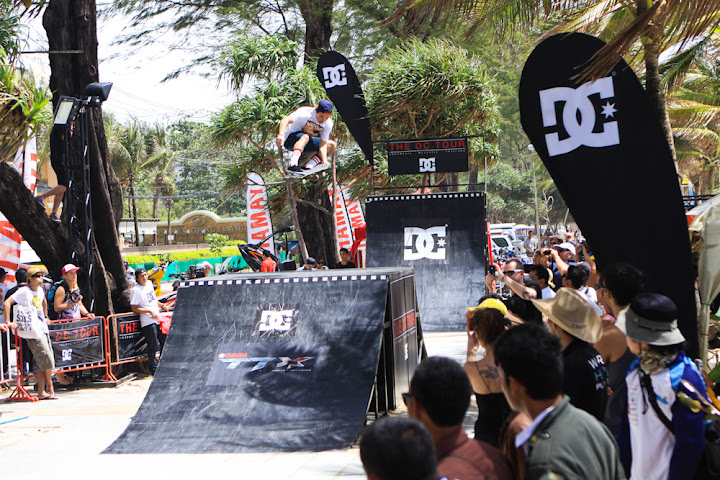 Matt-black DC ramps, which are synonymous with the brand, were set up by the beach for the athletes to do demos and interact with the crowd.

Members of the media from all three countries gave strong coverage of the tour and all eight athletes. The tour was well-featured across all channels of media – television, radio, magazines, print press, and online media.

With such rousing response from each country the tour visited, CEO of Quiksilver/DC South Asia Paul Hutson said, “The tremendous reception for the tour in all three countries it visited was amazing – we are thankful for the overwhelming support from the fans. It is evident that our athletes have a strong fan base here, and by allowing them a chance to meet their idols, we believe that it would spur them on and give them more reason to want to excel in actions sports. This is ideal as we want to build a stronger action sports culture in our region, as we’re able to support it with the best products in the marketplace.”

“This is just the start of many other future events that DC will bring to the region, so there is much more to anticipate,” he added.

“The DC Tour in South East Asia was an amazing opportunity for the Global BMX team to participate in. We were excited to see the level of support from fans at such a high level. The people of Indonesia, Malaysia, and Thailand were great hosts, and made our time in each country truly unforgettable,” added Mike Aland, Marketing Director of DC Shoes USA and team manager of the Global BMX and Auto teams.